How to tell if your Digital Display Ad is actually any good? 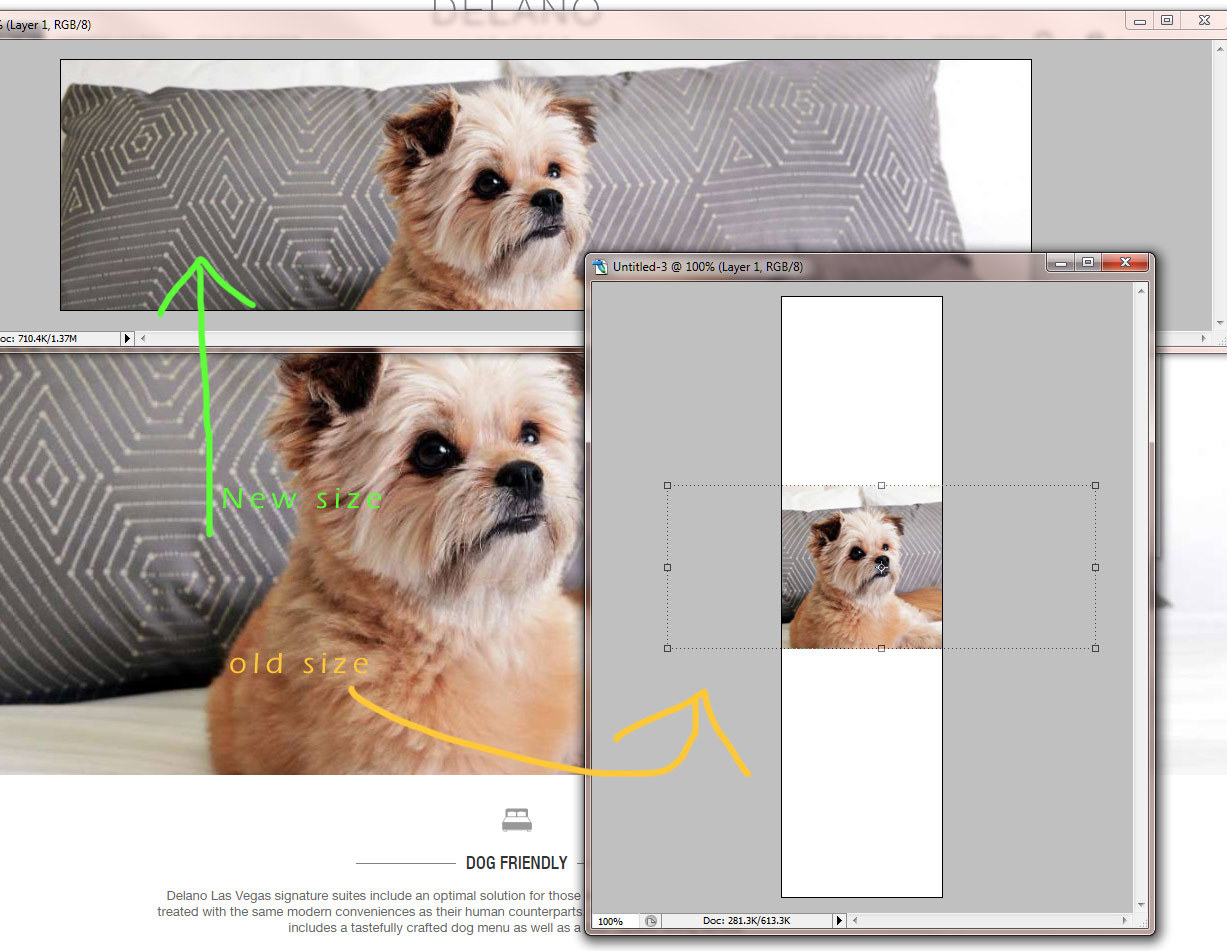 How to tell if your Digital Display Ad is actually any good?

I love the world of display advertising, and for all its subjective nature of people who think that an advert is good, or bad and their reasons why. More often than not, noone really seems to know the ins and outs of why its good or why its bad! Especially locally here in Suffolk and Ipswich.

I think the reason for this is because of a lack of a grasp of digital display advertising, and an approach that is often of the opinion that display advertising is a button. A button that takes you through to someones website to do a specific task.

Now when you tell someone that works in an agency that this is actually wrong, and is not the sole purpose of display advertising they might actually get quite irrate with you! They will try and tell you all the things that other people they have respect for have told them about this area of digital advertising. However, it only takes a small re direction of thought to establish your case in the discussion.

“Why do people place their display ads at football matches, or on the back of buses?”

This tends to be the next thing I will say in this conversation, because just like digital display advertising, display advertising in the offline world is a much more respected medium that has a lot of competing companies trying to put their name in lights at every available location.

So to answer the question, why do companies do this? Its to raise awareness of their business. Branding, or to teach us something about their business in order to put them at the forefront of our minds for specific needs such as…

Next time im at the checkout at the supermarket, what drives my decision to purchase a chocolate bar…

As an avid England supporter and watcher of all international matches, i would say this has a massive influence on me.

So ok, i get this. This makes sense to me. This is advertising, this is a form of advertising i understand!

What about online digital display advertising then. What do we do with this beast?

Its much the same! The only difference is you have a LOT more control over who is seeing your advert, at what time, what days, whether they are male of female, whether they are 65+ or just an 18-25 year old. Where they live.. you name it, it can be done!

(You can even actually target by temperature outside on any given day! But thats something that is a little bit complex!)

So with that in mind then.. what should my ad look like?

Good question, but there are so many different objectives that each individual business has, that an ad for each is next to impossible to create without one!

So lets take a look at some that already exist, and one in particular that i wanted to discuss that i found on reddit!

I dont believe that this ad is really very good at all for this business..

who is the business? Can you see who it belongs to?

You can see what is in the advert above, but where is the brand?

Why would you not include your brand very significantly on the advert?

The only time you would not do this is… well, if we are talking about display advertising is… never.. unless you were going for something like this… But the key difference with this advert, and the one we see with the dog, is that there is 15 words in the pets ad, versus just 4 in the berger ad.

Now lets take into account the size of the ads.. one is a MASSIVE billboard, and one is a 120×600 sky, which is not very big as an ad unit, and not a very good advert for placing text in without it seeming crowded.

See in display advertising there is a lot of emphasis on the “Call to action” and making people want to click. But at the end of the day, if you are forcing clicks out of people and trying to be bold, and clear with your offer, you are significantly damaging what you could be doing with your brand!

You can stand out, without trying to stand out too much.

Going back to the Pets ad again, here it is…

The brand is the last thing you see.. the emphasis is so high on the message of Pets needing a vacation, that they have neglected the brand and the association that the brand should have with the message of being a pet friendly hotel.

What doesnt help, is the Red/Orange coloured font, which on their website is not used once!

So the purpose of this colour is to stand out? At the expense of the branded recognisable colours that people would associate with the brand!?

Imagine if coca cola suddenly went all green… oh hold on a moment they do, because thats the “coca cola life” drink they have..

oh hold on… i know that the colour green and the associated colour that it has with a brand.

oh shit… I understand the brand coca cola, and I have never been to their website, seen their emails, or took any interest in their product by choice, but yet i understand their brand more than any other soft drink in the world! God damn you advertising and your mischievous ways!

So on the website with this dog.. (see i dont even remember the brand even though ive seen the ad maybe 5 times now) they claim that they are a pet friendly hotel, and offer great rates and a great experience for dogs.

So with this in mind, lets attempt another advert, using the same elements available and the website to create something thats a bit more memorable for them to use in display advertising online.

Im doing this because, i want to educate and help people understand this medium a little better!

The image used on the website, is actually a very wide image… and the reason that the dog is so large on the advert is likely because the dog fits in the box at this width only.

However, if we change the size of the ad, to a shape that matches the graphic we have, we can create something that is more like putting a square peg in a square hole. another reason that i wanted to make the dog ad size bigger, is because i want to use a lot of text in this advert (by a lot of text i mean maybe one short sentance! lol, not 15 words or whatever it was), to get my message across as nicely as possible, but also efficiently as possible.

I want emphasis that the hotel rooms for dogs are really nice, which a large image of a dog relaxing on a bed does really well.

I want to also emphasise the brand really significantly too, but to do that with significant text and a large image like this can be tricky.

So with all this in mind… here is the first mockup.

Im not 100% keen on the language used, but it does get across what im trying to create.

The text kind of just sits there and doesnt look as natural to the image as it should do. Its kind of just looks in the way… and the reason for that is simply because the picture features too much dog and not enough background to fit it in easily.

So i can think of another way around it… However, we can now consume this ad much easily than we could consume the previous one.

It takes about 2 seconds or so to consume this advert, in comparison to the 10 seconds + it took previously, and the forgettable branding that barely existed on the original ad.

The branding is in line now with their website to a degree, and although ive only spent 5 minutes or so designing the ad, you should be able to see a decent contrast.

Rather than trying to cram in the need to sell to dog owners about getting a hotel suitable for them and also trying to get across the best vegas rates, and tell people to book now.. we are simply assoicating the Delano in las vegas as a dog friendly hotel. A much easier messasge to consume for everybody!

After a bit more experimenting here is the final product. I am fairly happy with this, as the dog is looking toward the message that is being delivered. I hope you enjoyed the post and the improvement to the ads that have been made! 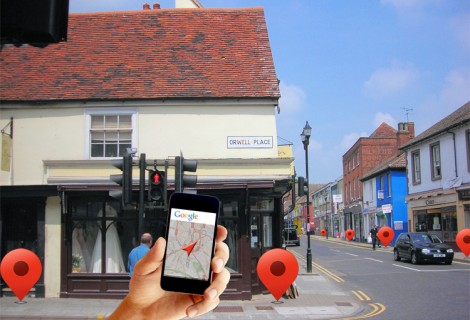 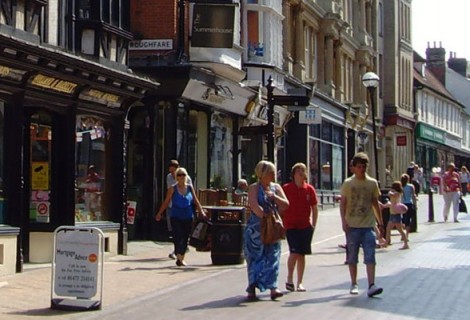 How to Reach the People of Ipswich Online 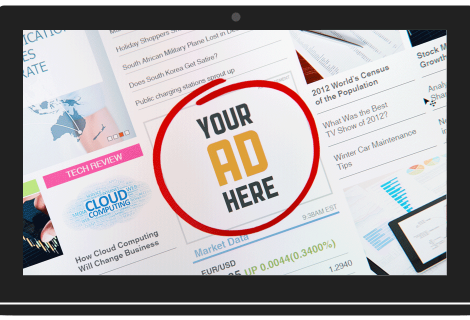